Pleasant and short trip; we only had time for a a cup of coffee and a sandwich and reading Holland Herald before moving out again. 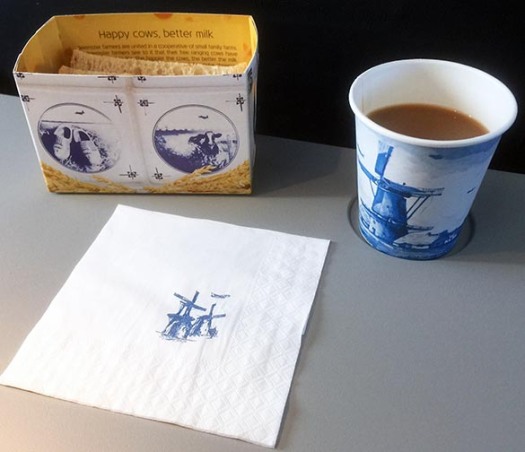 Tiles, cows, clogs and windmills. It is not hard to guess the name of the airline.

But of course we will make it. We sit quietly and our plane bound for NL takes off.

After a short while a message in the PA system: Captain: We will be delayed by about 10 minutes. Oh no, it may mean that we do not catch our connecting flight.

As the plane rolls down the runway for the gate, our bags are packed and we’re like springs, ready to ‘squeeze’ past the other passengers on the way out to the terminal.

Clear of the gangway we cover the distance between arrival gate B and departure gate F in jogging tempo despite fully loaded backpacks with pc’s and photo equipment. Fortunately, there is no-one in front of us at the passport control, so we sprint onwards.

We spot the gate and increase the cadence … and – along with two other Danes – board the waiting aircraft as the very last. Gate staff closes the gate immediately after we have jogged past.

For a reasonable sum we were able to upgrade to business class, but even though the huge lounge chairs look very appealing, we declined this time around. It is after all ‘just’ a flight of 6.5 hours and the economy seats are spacious enough. 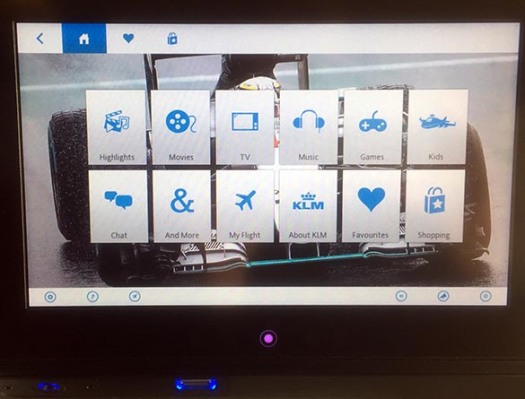 One can tell, that it is a new aircraft. Stylish, spacious and entertainment system of high quality. You can choose between several of the latest movies, a large selection of older movies or play games or quiz show.

After having read for while and seen a movie (duller than the preview is suggested) I go for once in ‘gaming mode’, Jeopardy and Sudoku simultaneously with a favorite: Watching the in-flight viewed from the cockpit angle. Time flies (ha ha!). 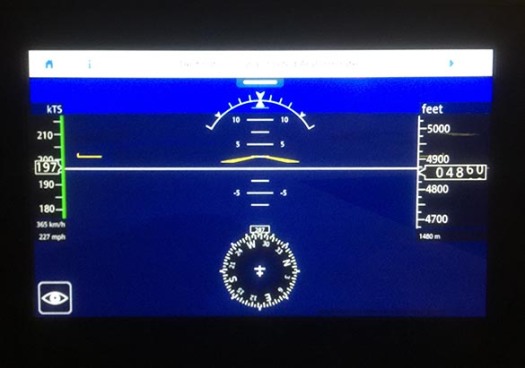 The catering on this tour is also fine: Ongoing drinks. Rather tasty (airline) dinner – you can choose a special dish or a choice between chicken or vegetarian pasta. We chose the latter. Oops! Finished everything again before I remembered the foodie photo.

Then more drinks (water and juice … or soda and alcohol) and finally a light late night snack and then the trip was over.

A perfect landing. Smooth taxiing to gate. From there to the arrival hall. But then: Approximately 45 minutes of waiting in line at passport control, where the inspector is remarking, that it’s a long time since we last visited the city.
Fortunately we are let in without further charges.

Quickly we find a taxi, which via the six-lane highway, in 40 minutes takes us to the other end of town, where we are received in the street by our friend.

Sometime after midnight we enjoy a light refreshment and the night sky for a few minutes and then go to sleep. 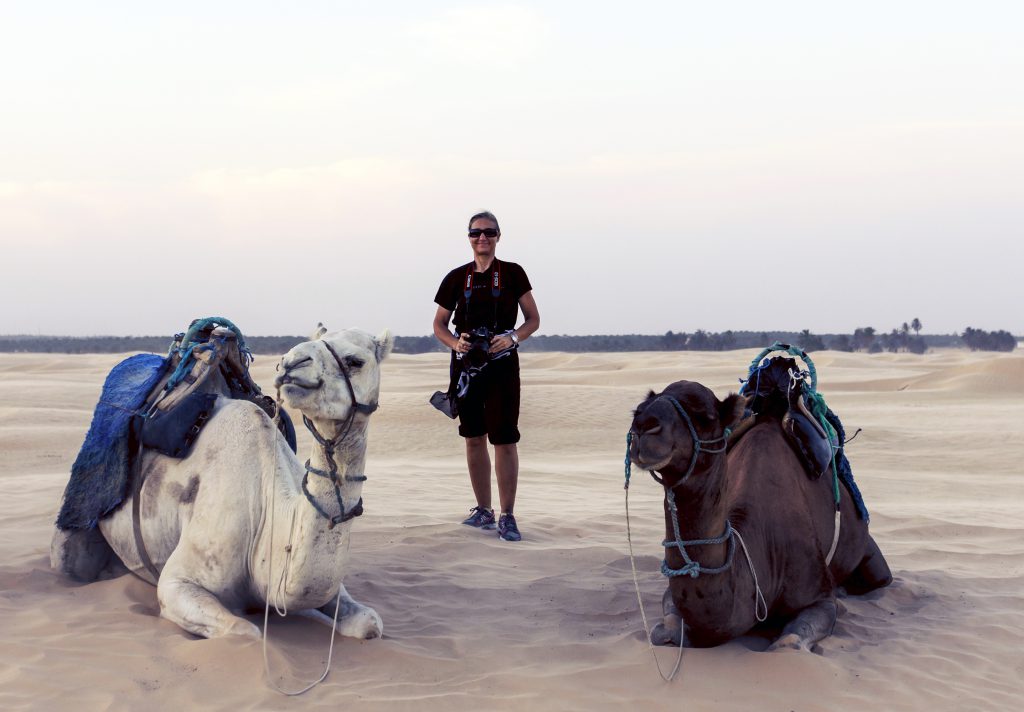