Today a visit to an eminently elegant and entertaining Scandinavian city, Stockholm. Even though I have been there several times before on fitness business, I have still seen too little of it. This time I aim to see some sights.

Stockholm is the Capital of Sweden and also the most populous city with a population of approx. 880,000. people. It was founded in 1200 on 14 islands, so it has an interesting layout and all of the old part of town, Gamla Stan, on an island in the middle of the city.

The city is not all that easy to reach by sea; you have sail slowly through a fjord, Skærgård, full of tiny islands (above’n’below on a foggy morning). A feat for a massive cruise ship.

Tip: Get up early (always). Luckily I was; watched the full foggy fantasy-like fjord cruise. 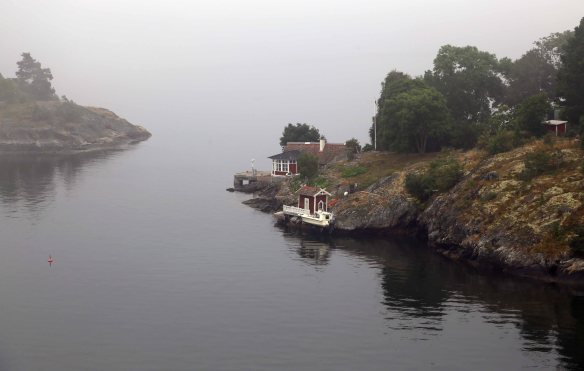 As always excursions are offered. However, since 1) ship is moored close to city centre, 2) I spot a red Stockholm HopOn HopOff bus on the quay and 3) “I speaka da lingo”, I decide to make my own way and have a cheap day out.

With 14 islands, there’s gotta be bridges.

Elegant new and old buildings and bridges all around: 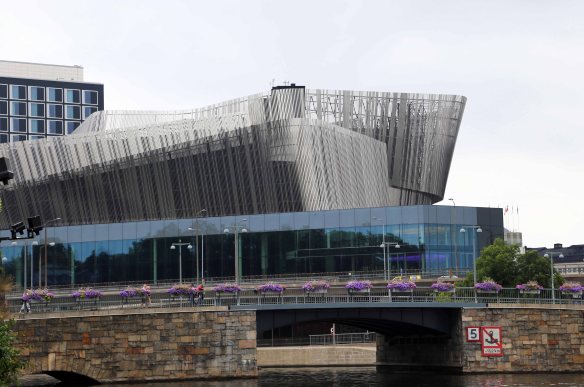 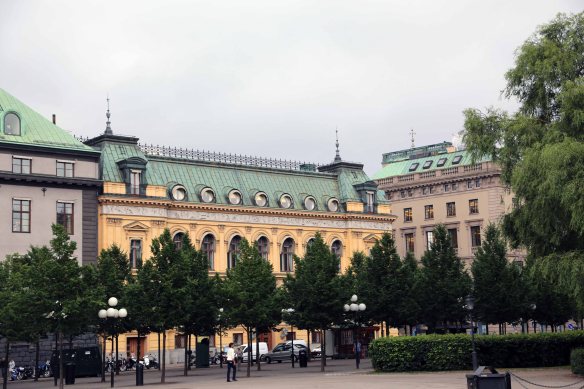 Flower power here and there and everywhere. 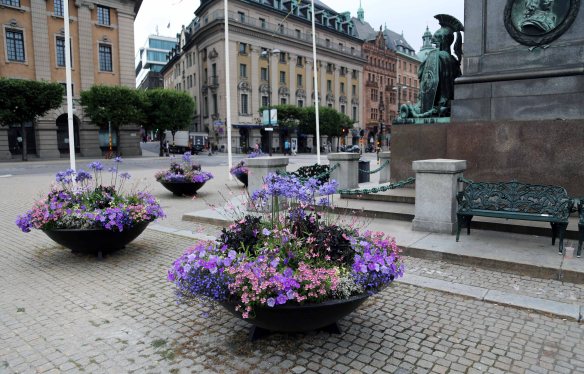 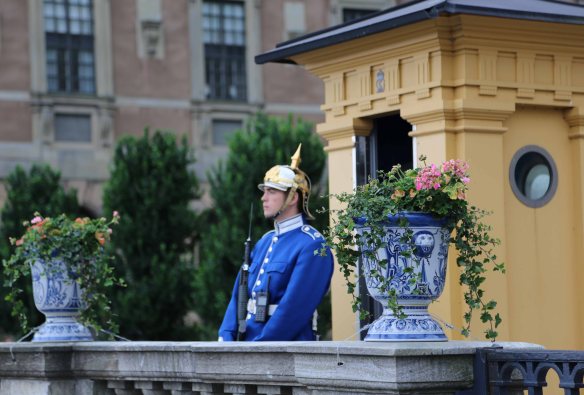 A not so royal tourist. For once without a dorky frown, but a ‘reale’ royal crown.
I would not have thought of it myself, but every tourist before me lined up for this shot!

Shopping? No, window shopping it’s called (R8 is my dream car as it is). 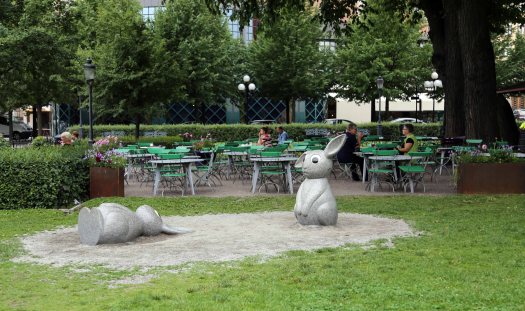 Park art (to they dismay of more than one child). What is going on in that artist’s mind?

Summary: A fantastic day with mixed late-summer weather (from rainy to sunny). Took 1½ h tour on Hop-On Hop-Off bus and then walked around central Stockholm.
A canal tour would have been nice, too, but I ran out of time.
Stockholm is even more exciting and with many more interesting sights and impressive buildings, than I remembered. Well worth a (re)visit.

No dancing for me today: Settled for Stockholm walk and then supper at ship.
Or rather, it should have been supper, a light meal, but as it was Italian night – suggested dress tonight “theme green, white and red”, with pasta and tiramisu – it ended up being not a supper but a super (size) five-course meal yet again.